Four vocal soloists, the Vancouver Chamber Choir, and Maqoma himself share the stage in a musical and movement-filled exploration of the life and legacy of The African Native Choir. A South African ensemble that toured the globe in the late 1800s, their history is brought to vibrant life through rhythmic, high-energy contemporary dance intertwined with song, sound, and storytelling.

Maqoma became aware of the choir at a photography exhibition in Johannesburg. Inspired by the images and Sibisi’s accompanying music, he spontaneously launched into 40-minutes of improvised dance in the centre of the gallery.

Broken Chord is the end result of this encounter, combining powerful narrative, music, and movement to chart the remarkable voyage and success of the tour - as well as to expose the underlying tensions between South Africa and the colonial power Great Britain. The work provides important critique and commentary on contemporary issues of borders, migration, and the lasting relationship between colonized and colonizer.

With a single dancer (Maqoma), four vocal soloists and an onstage a cappella chorus, Broken Chord not only reflects on an archive but triggers, critiques, and comments on urgent issues of migration, dispossession, borders, and paths of forced closure, raising important questions about the relationship between the colonized and the colonizer, and either’s complicity in shaping and shifting a South African narrative—past and present. 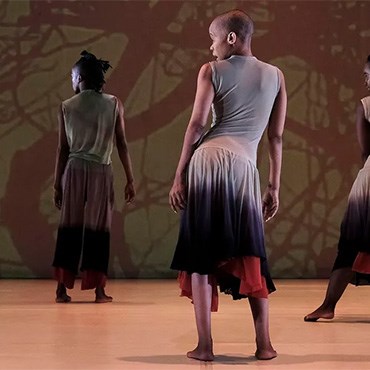 With The Sacrifice, choreographer Dada Masilo explores the minimalism and connection with nature and animals of Tswana dance.

Details Get Tickets
MAY 5-6
See All Events