Hailing from Quebec, Flip Fabrique are blowing into town to make their BC debut—and they’re bringing the weather with them! Join these talented cirque performers on a whimsical winter adventure through a land of ice and snow not so very far from home.

Unlike anything Vancouver audiences have seen before, Blizzard promises to blow away everything in its path. This large-scale production is accompanied by the multi-talented musician and composer Ben Nesrallah, whose original songs mesh perfectly with the visual spectacle unfolding on stage. With Blizzard, FLIP Fabrique takes you on a crazy, poetic and gentle journey in the dead of winter, and invites you to lose yourself in a moment of complete wonder. With performers at the peak of their art and outstanding visual poetry, Blizzard promises to blow away everything in its path. As wild as a snowball fight and as beautiful as a single falling snowflake, Blizzard strikes the perfect balance between family-friendly fun and thoughtful performance.

FLIP Fabrique is a circus company based in Québec. Born out of the dreams and the friendship of circus performers in 2011, this troupe is renowned around the world for its beloved production combining astonishing feats to true visual poetry. Composed of world-class artists, the troupe crafts contemporary circus shows with an uncanny ability to have fun and move the audience. In addition to its large-scale shows presented every summer in Québec City since 2015, the troupe is performing around the globe in the most prestigious circus institutions and festivals. 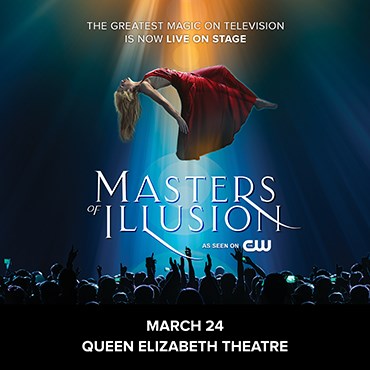 Audience members will be baffled by the astounding skills of these modern illusionists.