Patton Oswalt is one of the original Comedians of Comedy, not to mention an Emmy and Grammy award-winning comedian, actor, voice actor and writer that has been headlining at comedy clubs all over the world since 1996, as well as appearing in his own standup specials on Comedy Central and HBO. After writing for MADtv and starring in his own stand up special for HBO in 1996, Oswalt went on to garner notable roles in film and TV, with his television debut in Seinfeld. He has since starred in the sitcom The King of Queens, opposite Charlize Theron in the film Young Adult, voiced Remy in the Pixar Academy Award winning film, Ratatouille, currently narrates the popular sitcom The Goldbergs and much more. 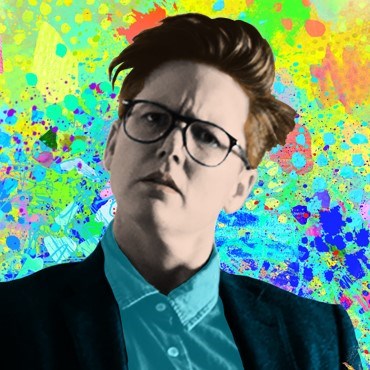 Just For Laughs and JFL NorthWest are thrilled to announce that for the first time ever Hannah Gadsby will perform in Vancouver as part of the 5th editon of JFL NorthWest in her uproariously funny...