*Postponed* Ronny Chieng: The Hope You Get Rich Tour

Just For Laughs VANCOUVER in association with Sirius XM presents Ronny Chieng: The Hope You Get Rich Tour *Postponed*

"January 21 2022 - In light of the recent announcement issued by the Government of British Columbia, Just For Laughs VANCOUVER has come to the difficult decision to postpone this year’s festival, scheduled to take place from February 15 through 27, 2022. Unfortunately, given the scope and size of the Festival, operating at 50% capacity in most venues is not a plausible option. Details regarding the rescheduling of this year’s festival, will be provided in the coming weeks.

With the goal to maintain as much of the announced lineup as possible, the Festival encourages patrons to hold onto their tickets as further information regarding the new dates, and confirmed talent performing will be announced in the coming weeks. We are looking forward to gathering and enjoying premium live comedy all together in the near future." JFL Vancouver

Ronny Chieng is a stand-up comedian, actor and correspondent on The Daily Show with Trevor Noah. He starred in the worldwide Marvel Studios’ hit Shang-Chi and the Legend of the Ten Rings, Disney + Doogie Kamealoha M.D., and Warner Bros.’ Crazy Rich Asians. He has his own Netflix special Asian Comedian Destroys America! as well as additional T.V. and film appearances including Young Rock, Godzilla vs Kong, Bliss, The Late Show with Stephen Colbert, and The Tonight Show with Jimmy Fallon. 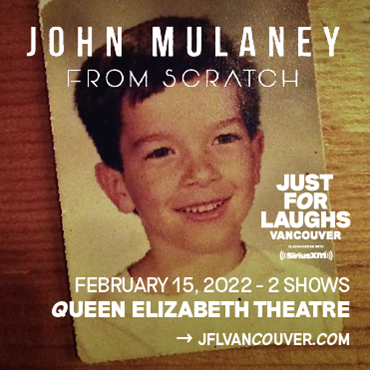 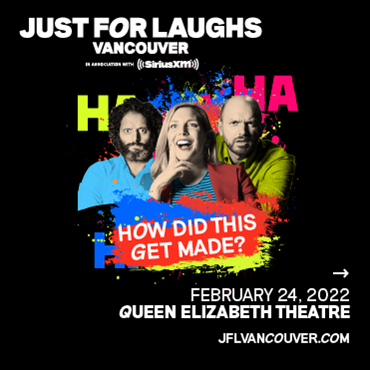 *Postponed* Just for Laughs VANCOUVER: How Did This Get Made?

JFL VANCOUVER presents: How Did This Get Made? Have you ever seen a movie so bad, it’s good? On the award-winning HOW DID THIS GET MADE, they gather their funniest friends and subject themselves to a... 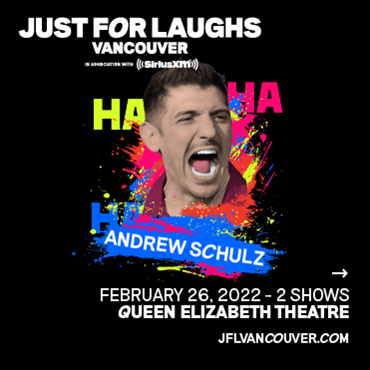