These performances are rescheduled from the original dates of Apr 14 & 15. All tickets will be valid for the new dates and exchanges will not be necessary.

A portion of proceeds from all of the tour’s ticket sales will benefit the following charities of Morrissey’s choice, as the artist continues his stand for animal rights and organizations who support animal welfare.

Morrissey’s last studio album, the critically acclaimed “Low in High School,” was released in November of 2017. Of Morrissey and LIHS, Rolling Stone Magazine said….”as philosophical alt-rock goes, the man is still peerless”. Pitchfork described the release as “returning Morrissey to his most utilitarian purpose as the spokesperson for youthful melancholy.”

Morrissey will perform songs spanning his legendary career along with new songs from his upcoming album coming later this year. 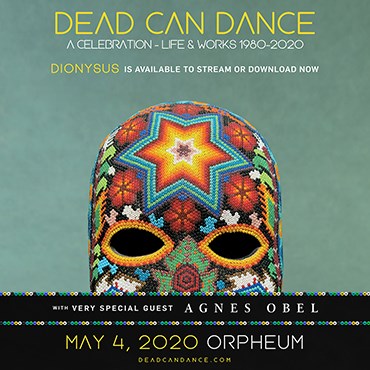 World music, dark wave band Dead Can Dance have been informed by folk traditions from all over Europe, not just solely in terms of instrumentation, but also by secular, religious and spiritual...

Details Get Tickets
MAY 4
See All Events