This powerhouse multimedia performance unites post-rock masters Fly Pan Am with choreographer Dana Gingras and her Animals of Distinction dance company. If you saw the Gingras co-creation monumental at PuSh 2016, you surely remember its spectacular fusion of sound and motion; here, again, are live music and dance in the service of metaphor. The guiding ideas are borders and surveillance: how do they define us, and when do we dare challenge them?

The scenography, by United Visual Artists, is stark and suggestive; space is defined by light alone. Amid pulsing flashes and towering vertical rays, ten human figures dance—at times alone, at times with each other, at times against each other. Their wild gestures are a response to the propulsive music, to the commands of the lighting and to things less easy to define; it’s a large-scale struggle between impulse and design. The shafts of illumination are as beautiful as they are imposing; at times, they imprison the dancers like bars, but they cannot defeat human vitality. FRONTERA is a work of awe and resistance in equal measure — an adventure for the eyes, the ears and the mind. 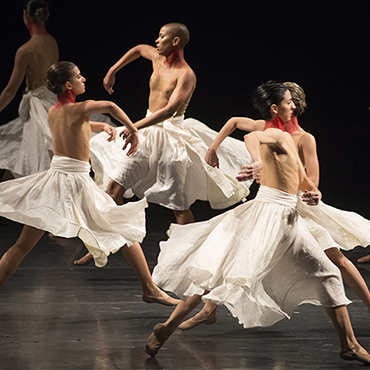 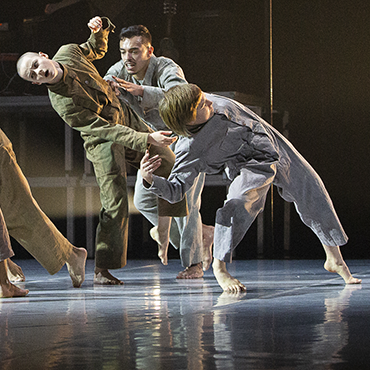 DanceHouse presents for the first time, powerhouse Canadian company RUBBERBANDance Group in Ever So Slighty. With live music. 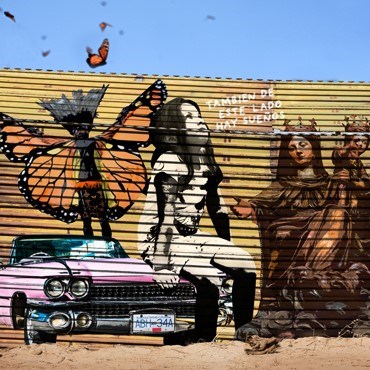 The Electric Company Theatre's world premiere by Carmen Aguirre. A family. A border wall. A million memories and the quest for home.