Vancouver Opera: The Barber of Seville

Vancouver Opera present The Barber of Seville by Gioacchino Rossini

Chase away the February blues with The Barber of Seville, a feast of frivolous fun. Enjoy Figaro’s mischievous escapades as he assists Count Almaviva in prising the beautiful Rosina away from her lecherous guardian, Dr. Bartolo. Rossini’s comic masterpiece fizzes with memorable melodies in an entertaining production that proves that the road to true love is paved with theft, lies, bribery, brawling—and wicked comedy.

Canadian stage director Ashlie Corcoran—Artistic Director of the Arts Club Theatre—makes her main-stage Vancouver Opera debut. Originally from White Rock, Ashlie is a theatre and opera director who has worked internationally and across Canada at companies such as the Canadian Opera Company, the Citadel Theatre, the Shaw Festival and many more. Making his Vancouver Opera debut is Canadian Conductor, Nathan Brock. Brock began his career in Montreal under the tutelage of Kent Nagano.

The performance will last approximately 3 hours and 10 minutes, including 1 intermission.
Sung in Italian with English SURTITLES™ 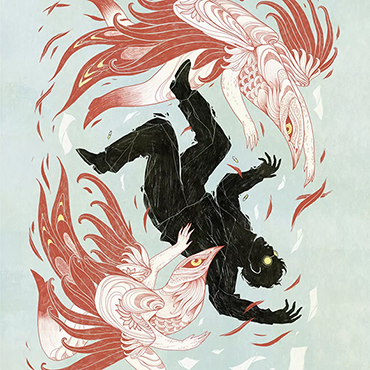 Another Brick in the Wall: The Opera

Vancouver Opera presents a gripping story The Wall, with words and music by Roger Waters with score by Julien Bilodeau. For opera-goers and rock fans alike.

Details Get Tickets
APR 23 - MAY 2
See All Events