From Tony Bennett (13 albums) to Lady Gaga, Celine Dion, Michael Bublé, Barbara Streisand, Madonna, Elton John, Placido Domingo, Yo-Yo Ma and so many other top artists – Maestro Jorge Calandrelli, the name behind the name, is a Six-time Grammy Award winner with Twenty-eight Grammy Nominations, two Oscar Nominations and many other prestigious awards. He is one of today’s most prolific composers and arrangers working across Pop, Jazz, Latin and Classical fields with film credits the likes of Crouching Tiger/Hidden Dragon, The Color Purple and The Shining. In this exciting and powerful show with special guest artist, world-renowned multifaceted Greek Tenor Mario Frangoulis – Jorge Calandrelli takes you on an insider’s tour of some of the greatest arrangements ever written! 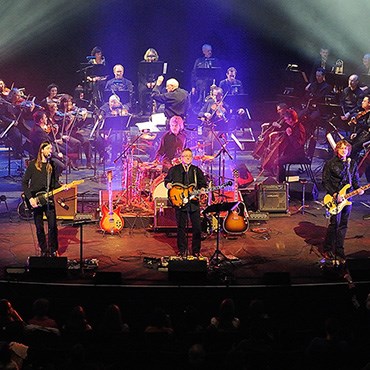